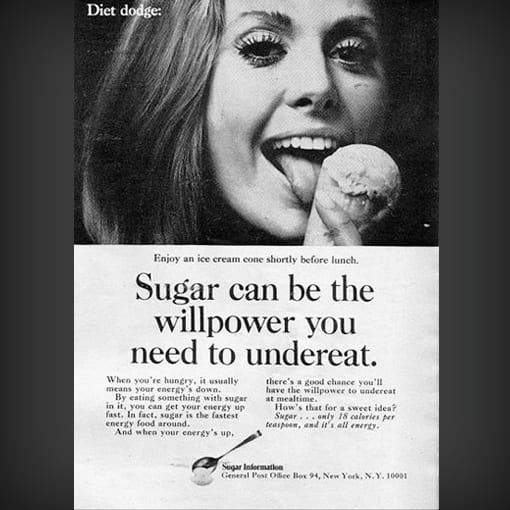 9 Sneaky Marketing Tricks We Fall for Every Time We Shop From decoy pricing to BOGOs, a catalog of manipulations We all know we’re being manipulated every time we shop, but it can still be unnerving to see the true extent of mind games being played on us.

That’s why I was fascinated (and mildly traumatized) to browse through a recent Reddit thread called, “What marketing tricks do we unknowingly fall for?”

While not all the respondents are experts in pricing strategy or marketing psychology, many of them experience it on the front lines as both shoppers and retail employees. While the whole Reddit post is worth a read, we pulled a few of the more notable tactics that are as insidious as they are inescapable: Why wait for a holiday sale when you can find big markdowns pretty much any day of the week? Discount retailers and Amazon have made day-one markdowns so common, they’re popping up all over.

While tantalizing as a customer, all you’re really seeing with such a strategy is how far below MSRP a retailer is willing to go while still turning a profit. As we saw with popular fashion delivery service Stitch Fix recently, retailers who offer steep discounts and source products from the same wholesalers can be a risky proposition.

In an interesting response, Redditor Superraket noted that this tactic isn’t legal in all countries. “In Denmark, you can’t advertise a ‘before’ price if it hasn’t been sold for that price in your own shop for at least two weeks,” the user wrote. “If you keep selling the product as this discounted price, then this price is considered the before price if you advertise that product again.”

This pricing strategy is often called “anchoring” because it’s an extension of the negotiation tactic in which the seller tries to set the highest amount possible as the first offer so that subsequent offers will sound generous by comparison. Welcome to decoy pricing, a tactic that boosts sales of high-profit items by creating another version of the product solely to make the pricier versions seem economical by comparison.

The easiest way to spot this trick is when your barista or cashier says something like, “Do you want to bump up to the large for just 25 cents more?”

3. The Expensive Menu Item No One Buys Why shell out $59 for ossobuco when the lamb shanks are only $29? Restaurant menu strategists have long used this tactic of creating overpriced items to make everything else on the menu seem rather affordable.

Here’s how Redditor ignoramusaurus summarizes it: “Most menus in ‘nicer’ restaurants will have a really expensive option; this isn’t actually aimed at getting people to buy that product but to make people think that everything else looks cheaper.”

Clearly an extension of the decoy pricing mentioned above, this tactic is also sometimes cited by the scientifically minded as an example of “arbitrary coherence.” This term conveys that pricing is completely arbitrary, but once a price has been set, it dictates the way consumers view every other price put before them.

4. A False Sense of Urgency “There are two ways this presents itself,” notes Redditor KahBhume. “Either the product is presented as to have a very limited stock, thus the customer must choose to have the product now or never. Or the product is part of a ‘limited time offer,’ again pushing the now-or-never decision. If the customer walks out the door/changes Web pages/whatever equivalent, they might notice that they don’t actually need the product to continue on with their lives, so the marketing tries to make the consumer feel like they’ll miss out on a great opportunity if they don’t buy now.”

While this tactic is timeless, its most recent incarnation can be found on travel booking sites and online retailers. Only three seats left on this flight? Fifteen other people are looking at this offer right now? Better hustle!

“I know it can’t possibly be true, but it gets me every time,” says Redditor ben7005. “I feel like if I don’t book the hotel RIGHT NOW, it’ll get snatched by someone else.” Retailers, drugstores and grocers are almost always willing to take a loss on a few items if it means getting you in the door to buy plenty of other things.

“Dropping prices on a few items to get you into the store—happens all the time in groceries and liquor,” says Redditor jelacey. “One or two things are very good prices. Those things bring you in, and while you are in you buy a few things that aren’t on sale that week. Repeat every week.”

A cornerstone of discount retailers and big box stores, this pricing strategy goes back ages. A 1987 research paper found what retailers still know today: shoppers will buy a loss leader because it’s a rational decision, but while they’re in the store, many of their other purchases will be impulse buys driven by in-store marketing and clever packaging. Ever feel like you’re shopping in a maze? Whether it’s the snaking layout of a mall, the intentionally inefficient floor plan of a grocery store or just all of Ikea, what you’re navigating is sometimes called the Gruen transfer.

Named, perhaps unfairly, for mall architect Victor Gruen, the term refers to shopping layouts that disorient visitors, slowing them down with the goal of increasing their impulse purchases.

“It is basically when you enter a shopping centre and become confused by the layout, thus forgetting why you are there (what specific purchase you intend to make) and instead become an impulsive buyer,” says Redditor stephyro.

In his defense, Gruen was a new urbanist who believed in making life easier for pedestrians. He distanced himself from manipulative shopping designs late in his life, though the problem only got worse after his death in 1980. “Consumers are more likely to buy something at a price ending in an odd number that is right under an even whole number,” notes Redditor MatchuTheGreat. “That is why a lot of things are priced $4.99, 4.97 or 4.95 instead of just saying it costs $5.00. Staying right under that next whole number somehow makes the product more appealing.”

This tactic hinges on consumers’ strange psychological penchant to always round prices down, meaning that a $1.99 item feels closer to $1 than $2.

Several Redditors who’ve worked in retail also noted that odd prices help stores avoid employee theft. Pocketing an even dollar is easy, they said, but making change requires the employee to enter the transaction in the register. While probably not the main benefit, that’s certainly an added perk for the business.

It’s hard to beat a gift card for a convenient, last-minute gift. But they’re also a pretty sneaky way to ensure a high-profit margin.

“They are marketed as a great gift idea, and to be fair they are, but they’re arguably the biggest scam in retail,” says Redditor Bisho487. “The average gift card where I work has a 35 percent return, meaning a $100 gift card will amount to an average purchase price of $135. The other thing is that they usually don’t get used for 4 to 5 months (ignoring the ones that get lost and never used), which is good for the businesses pocket and looks good on paper/in their budget.”

So while gift cards may make a handy present, remember that you’re really giving a gift to the retailer. Ah yes, the BOGO, one of shopper marketing’s most powerful weapons.

“They know people are drawn to the word free,” says Redditor TA1217, “and it makes people buy more than they intended. This allows them to move more product than usual, even though they are making a smaller margin.”

BOGOs come in all shapes and sizes, especially when you’re shopping for apparel such as shoes. Tracking down a second item “of equal or lesser value” can be a chore, often leading you to buy something more expensive than what you’d actually wanted.

This approach has also all but eliminated the half-off sale. A BOGO ensures most consumers will buy twice as much product as someone enjoying 50 percent off one item. While some retailers quietly allow you to buy one BOGO product and still enjoy the savings (thanks, Publix!), many make it mandatory for you to double up. And, come on, do you really need that much Irish Spring Body Wash?

What are some subtle marketing tricks you often find yourself falling for?

The world of custom flash drives. Now more affordable than ever.

Power banks for marketing
Marketing – It’s Going to Get Weird

25 Interesting Marketing Tricks Marketers Use on Customers
Scroll to top